Sweltering heat in eastern Serbia finally gave way as I crossed into Bulgaria at sunset a day ago. Physical and emotional reserves were depleted, as I’d just cycled for 50 miles on what turned out to be the most dangerous leg of my trip to date. The road leading out of Serbia had a single lane in each direction with no shoulder. Riding the white painted line inches from the roadside ditch would have to suffice. Long lines of fast moving traffic tried to squeeze past me without striking oncoming cars. Passing trucks frequently gave so little space that I could have hit them with an outstretched hand. Meanwhile, drivers with NASCAR aspirations passed these trucks by pulling into the lane of oncoming traffic and accelerating to 70 mph to pass before skirting back into their lane to avoid head-on collision. It meant little to them if this forced me off the road as they hurtled in my direction, taking up my entire lane. There have been so many acts of kindness from strangers on this trip, but here was an instance where folks were perfectly happy to put my life at risk so they could get to their destination a few seconds faster – a troubling thought.

At long last, the border to Bulgaria appeared in the distance, spanned by a rainbow. A beautiful moment with awful implications: I’d soon be riding through a downpour just as the sun was setting. Sure enough, heavy rain began at dusk, moments after I’d received my passport back from border authorities. I forged ahead through the storm towards Sofia but when the rain persisted, I pulled into a roadside biker bar, enjoyed a massive meal, and retired at midnight, soggy but warm, beneath an overpass several feet down the road.

I continued on at 4am to bike across Bulgaria with sights aimed on Edirne, Turkey…

Heading out of Sofia. Starting your day at 4am means you get to see the sun rise.

The final Bulgarian, a few feet down the road from the Turkish border 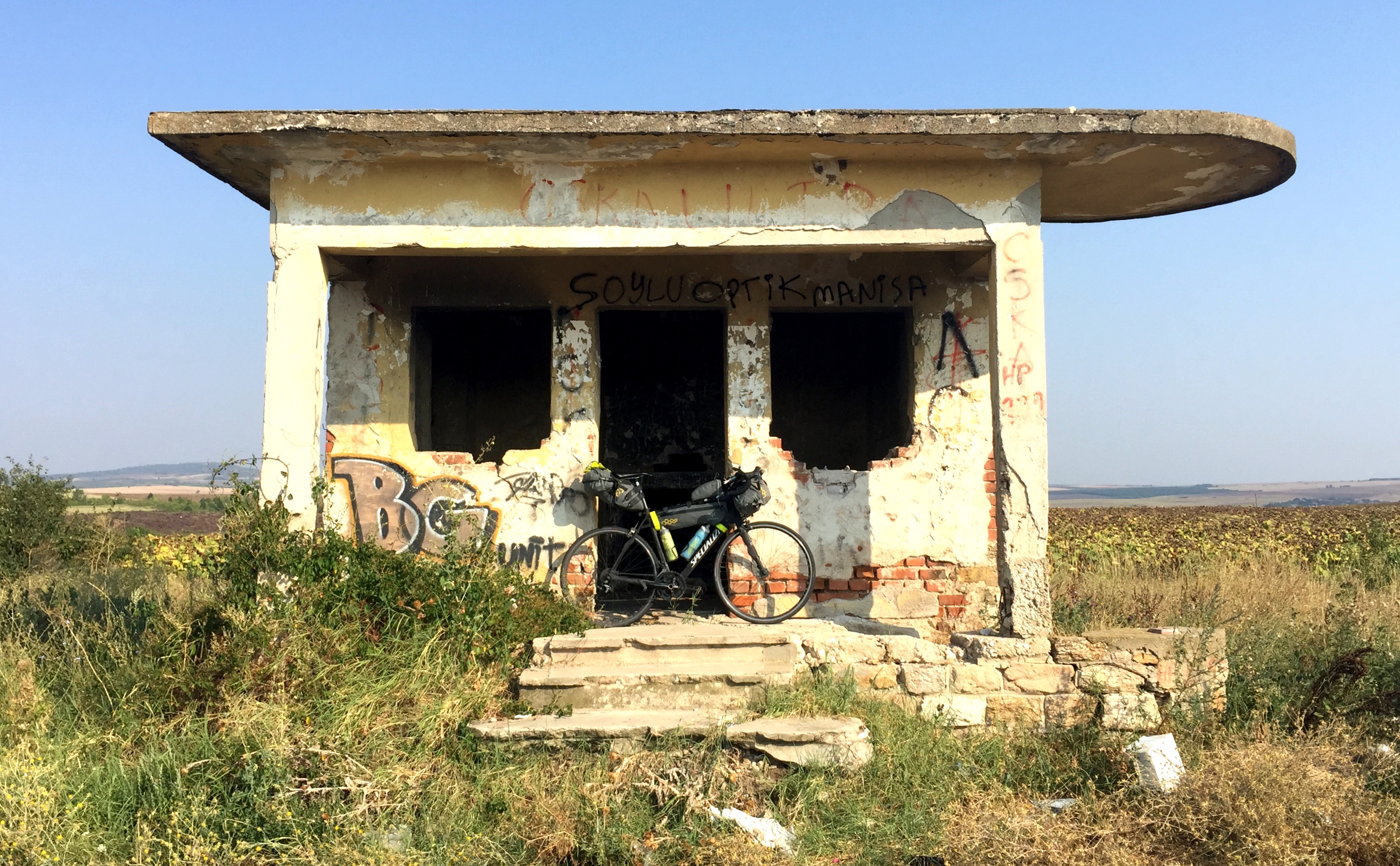 BG for Bulgaria in Stoykovo